Posted on November 30, 2012 by marycigarettes 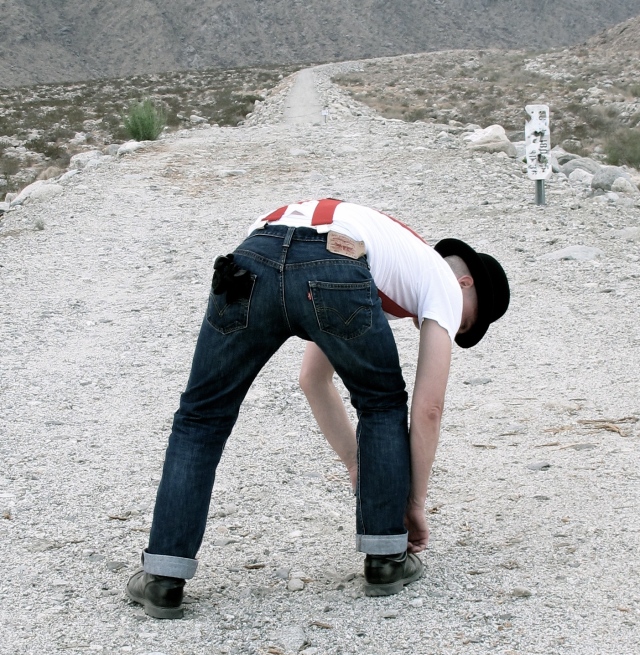 from the age of nineteen till i was in my late thirties,my life was a daisy chain of being lifted and dropped from monied major recording labels.
the word i heard most in that world was*no*…and the phrases i heard a lot were*you can’t do that*… or…*it’s too risky*,
and one question i was too dumb to ask them or myself was *why?*…as in…* why on earth am i here?*
the endgame was a terrible year where i became officially old,so all questions of why i wanted to be there were rendered obsolete anyway.

there then followed a dark period.
it’s a very strange experience to become bored with the key thing for which your whole identity is built on…music.
the whole process of writing and recording morphed into a grim drag.
where my work once sounded vibey and enthused,it now sounded forced and hard to listen to.
a really really bad time.

curiously without actually thinking about it,i found myself spending days chasing art related,yet none musical pursuits.
i would roll three tiny pure grass spliffs,jump on a train and head for the london art galleries.
from within those clean fresh tidy walls i was unaware that i was actually undergoing a whole new education which would re-fuel my love for language and music itself.
i soaked up the works of people like barbara kruger,jenny holzer,cindy sherman,nan goldin,bruce nauman,david toop,and my favourite artist of all….. francis bacon.
this gave me a taste for sonic art,and that nudged my ears into perceiving even the most banal pop music in terms of sound sculpture.

in many ways,doing pop music and all that goes with it, opens the mind..you get to travel..sometimes there’s money…you swim healthily out of your depth,
but in many ways it arrests the development too…
it can become a myopic insular existence..as simon and garfunkel once sang “an endless stream of magazines”,of which i would flick through,but only look at the pictures.
all this for someone who had left school at sixteen having only read and enjoyed one book.…. *a hundred and one dalmations*

so all this solitary drifting around art galleries,not only fired cupids arrow right back into the heart of music,it also got me reading…
pretty obvious stuff really..but good stuff…allen ginsberg…william burroughs…biography.

then one day my partner gifted me with an iMac…
i wasn’t new to computers,but this little affair was special..it came with inbuilt video editing software that was hilariously easy to use.
all you needed was IDEAS.
staring at my new toy,i had a flashback of a day in a new york record company where everyone was freaking out about a video that was making waves,yet it was the most simple idea ever..
it was just a slow motion unedited shot of a man on fire running for his life,but it was completely arresting to the eye….
the insight from that little scenario still sticks with me to this day…
the insight being that a strong idea executed simply has wings that an expensive complicated weak idea can only dream of.

i fired up that video software in my sexy little imac and made my first DIY video…and i didn’t even have a video camera…
by means of necessity and a plea for sanity,i was just about to make my first text based sonic art….
but it would never have happened had i not undergone the meltdown that left me licking the print off the walls of those barbara krugar exhibitions .

y’know one fine thing about becoming a DIY artist is,as the term implies,i had to finally do things for myself.
in those earlier years,so much was done for me…i was wet nursed and cared for,and frankly,it was in many ways a poison challis.
the price an artist often pays for hooking up to a mainstream corporation,is both artist and business get scared of the thing that attracted them to each other in the first place…
more than often,both parties,out of panic,unwittingly conspire to make the work a perfectly precise grain of sand for a vast endless golden beach…….benign….but when you’re on your own you have to fully exercise the courage of your own convictions like never before,which itself is a shot in the arm.

here’s hoping you liked the little clip.. i stumbled on it this morning having not seen it in years, and felt especially proud of its substance.
i know there’s spelling/grammar mistakes..i could correct it,but as brian eno once suggested in one of his oblique strategy cards”honour thy mistake as a hidden intention”

always
mary of the wilderness.

7 Responses to freedom..fun…and the DIY artist.