Posted on June 3, 2015 by marycigarettes 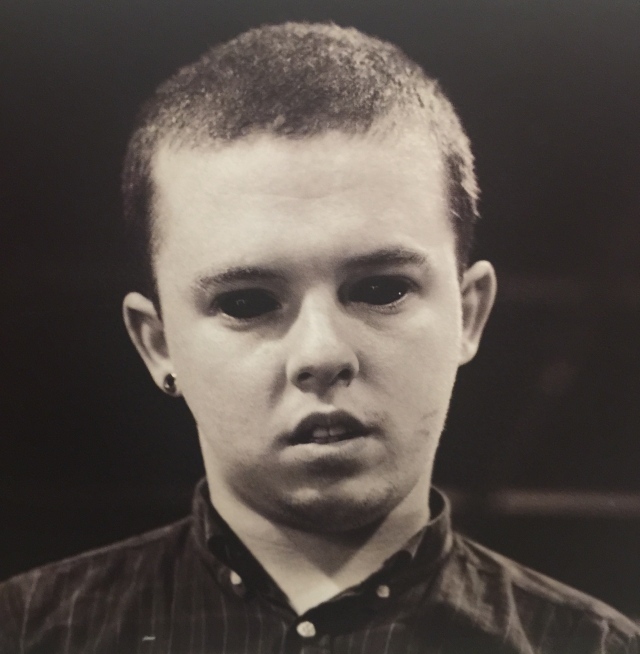 there’s a hologram of kate moss at the alexander mcqueen exhibition in the victoria and albert museum…..at first it felt like a ghost of kate, but then i realised it was the ghost of mcqueen…you’re looking at kate, but all the while you’re receiving him…like he’s waving at you from the other side, using kate as his medium.

there’s a sad poetry in how alexander mcqueen died … a tailor hanging from a clothes rail. if you’ve got a dark enough sense of humour,you could nearly find it funny..only it’s not… the boy worked so hard…beavering away from a tiny bedroom in the east end where his father was a taxi driver, all the way up to savile row on a starship to paris and everywhere else, learning how military tailoring is at the very bedrock of all good garment design….

and then there’s kate moss…the magical thing about her work is it looks easy.. you can’t really pin down her skill, but i believe’s it’s a highly intuitive talent to just walk down a cat walk or stand infront of a lens and somehow emanate a feeling so strong, that it inspires folk to buy into whatever it is she’s wearing….not many models can do that…..you could get into a very dull discussion about marketing, but i love how fashion and rock and roll have always been joined at the hip….i would go further and say fashion is a very reliable barometer of our political times…look how the miniskirt occurred naturally in the new era of contraception pills and womans liberation…remember ‘power dressing’? … those big padded shoulders born out of the reagan/thatcher era around the rise of a new cold corporate culture….and now ‘the hoodie’ in these days of cctv surveillance cameras….fashion born from fear of being recognised.

around seven years ago, i got to watch the effect of kate moss in person..it was hilarious. what happened was a sweet acquaintance of mine called b.p fallon was playing records before a ‘kills’ concert at the astoria in london…jamie the guitar player is kate moss’s lover, and so b.p gifted me with a pass for hanging out in the roped off area to watch the rock show. when b.p appeared with kate to soak up the music also,they sit down,but she starts doing that cute thing only people with long straight hair can do…you know…a kind of freak out…the shaking of the head..the flailing of the tresses ….very 1960’s really…and kate’s doing this, yet it doesn’t look silly, except a cluster of media insiders around this roped off area start copying her…i nearly died.  the best part was when she and b.p left midway through a song, the little clique of media folk suddenly stopped doing the hair dance and reverted back to their rainy tuesday selves…i’d never seen such comical proof of celebrity power.

i’d like to tell you about b.p fallon…i first met him in 1983 when i was opening for U2 on a racecourse in dublin..we hung out on that sunny day, then went to a silly music biz nightclub called the pink elephant…all the bemused local musicians hung out drearily at the bar drinking their pints of mass produced pissy lager while b.p, sober as a judge, strutted on the dance floor with his girlfriend, who he called twirly zonko….b.p is of a 1950’s dublin teenage generation who ran to london, only he ended up working for the beatles…t-rex…loads of things…. overtime he’s naturally and gradually morphed into a shaman… take a look at this..the man’s nearly seventy, and has decided the best place for him is on the stage… clearly he made the right decision.

the mcqueen exhibition felt like a sister to the big david bowie one they had there a year ago…maybe because in many ways it’s like both men are dead, even though david is very much alive. how can i explain it … i’m reading a little book at the moment of interviews with marcel duchamp…he talks about the mona lisa painting, and how it’s been looked at so many times,that the mona lisa smile is no longer there..the sheer amount of viewing has kind of dispersed it. i sort of feel this way about david bowie right now … he’s constantly used as a reference point in so many areas, that it’s cancelling the man out…maybe not forever…just like the mona lisa, if they put it away for a few decades, and then bring it back out, the mona lisa smile would surely reappear.

here’s me, in his honour, wearing my soft alexander mcqueen pink cashmere wool to the exhibition…i’ve had it for well over a decade…long before he died… i do look after my clothes, washing many things by hand if they’ve got special needs ..we’d never use a tumble drier in our house.. i set the washing machine on cold for nearly everything, with only a teaspoon of washing powder…. !@£$%^!@£$%^&*()_!@£$%^@£$%^&*$%^&

loads of love to any curious dear reader who got this far…all my loving..mary fairy liquid.