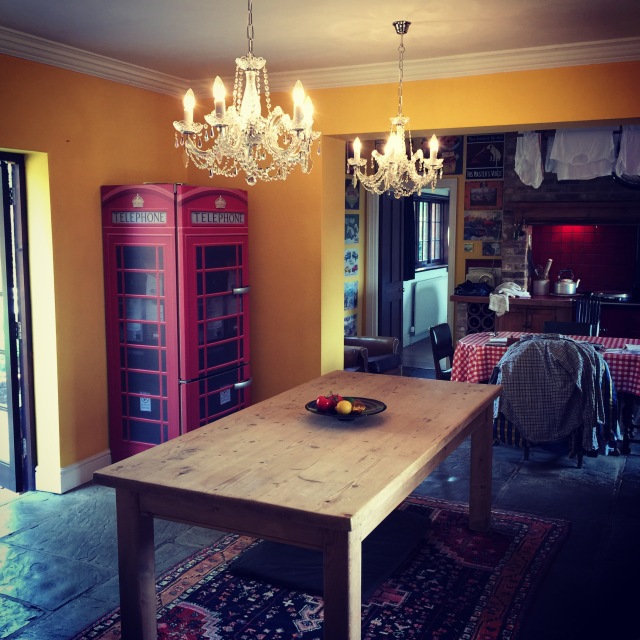 an electrician came by last week to wire up two chandeliers in the kitchen..that sounds a lot more opulent than it’s meant to…for us it was in the spirit of fun..our kitchen is a play area. the acoustics are echoey, so i often play my guitar and bawl my head off in there… it’s where a lot of laughing and arguing occurs..there’s a load of tacky crap about the place and we thought a pair of chandeliers would whack it out even further.

so a handsome long haired hippy electrician comes by, and when i ask him how he gets his work, he put his power tool down for a moment and says, y’know most of it comes when i’m out having fun … i liked that..he didn’t get his work from hustling..it came about through play in the real world, and his diary would just fill itself.

about a month ago, a red headed surgeon came by to give our refrigerator a sex change … she’s now a telephone kiosk..it was all done with laminates ..a tough adhesive material that he usually uses to put signage on the side of white vans … one day he arrived home after a day of that, and had a brainwave, so he sat up all night doing a version of a doctor who tardis on his own fridge.. it worked a treat, and now he’s making extra dosh from that, which goes to show..money’s a thing, but ideas are the currency that precede the pounds.

now that our refrigerator is all gussied up in full drag, i figured it only right to be more mindful of it’s interior, therefore i’ve now installed a ceramic bust of clark gable’s head right in the middle of our groceries … i’m at a point in my life where i just want any remaining hours to be beautiful or fun or strange … just something…anything..oh god. 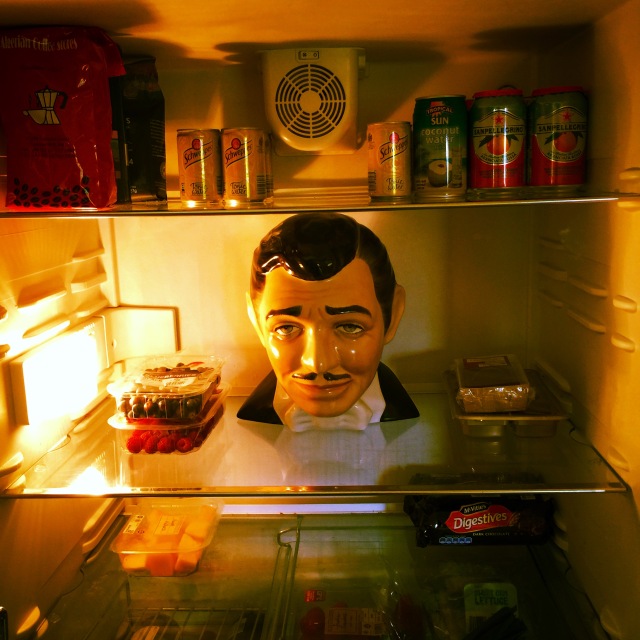 been reading all about tom waits lately … many find his voice awful hard to take, but his personality and musical vision draws me in. i won’t blether on about that, though one cool aside is how he’d sometimes instruct his musicians not to listen to any music in their cars on the way to recording sessions. he likes their heads clean on arrival. isn’t that fantastic … i mean…if you’re not at least attempting to be unique in some way, why bother?

i’ve discovered a terrific brand of toothpaste called ‘marvis’ that comes in liquorice flavour. even the box looks beautiful. they do a cinnamon flavour one…and ginger… or jasmine…

recently i’ve taken to eating thick sugary porridge in the morning. i like the box that the scotts porridge oats comes in…it has artwork of a handsome bare armed scotsman in a kilt on a hilltop, but thomas protested how the newer brands in the bland boring boxes are far better…he was right..that old muck in the nice box is like wallpaper paste….so now i empty the better oats into a used, but pretty scotts porridge oats box..there’s no reason why the pantry shelves shouldn’t look good. 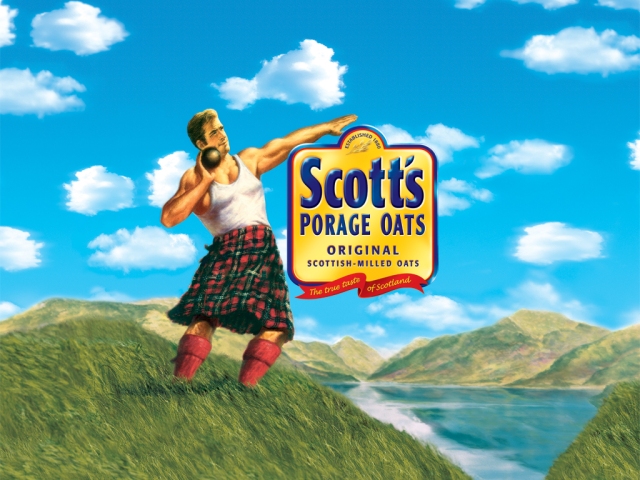 another fun thing i read was a term in a newspaper ‘virtue signaller’… ‘virtue signallers’ are things we pepper our conversations with.. perhaps a current media or political pariah, in order to give the impression of our own moral cleanliness .. i know i’ve fallen for it.

yesterday while standing at the check out, it occurred to me how deeply i loath garden centres… they are the very agent of a certain paint by number lifestyle. however, the previous day i stumbled on a load of junk in a car park, and found this old wall boxing that maybe once housed a fire extinguisher or something…i took it home, got thomas to nail its balls to the garden wall, and it looks a million dollars better than any spendy crap from the prizzy garden centre..it cost nothing, also it felt a lot more satisfying since it was created freely out of a little imagination….such virtue. 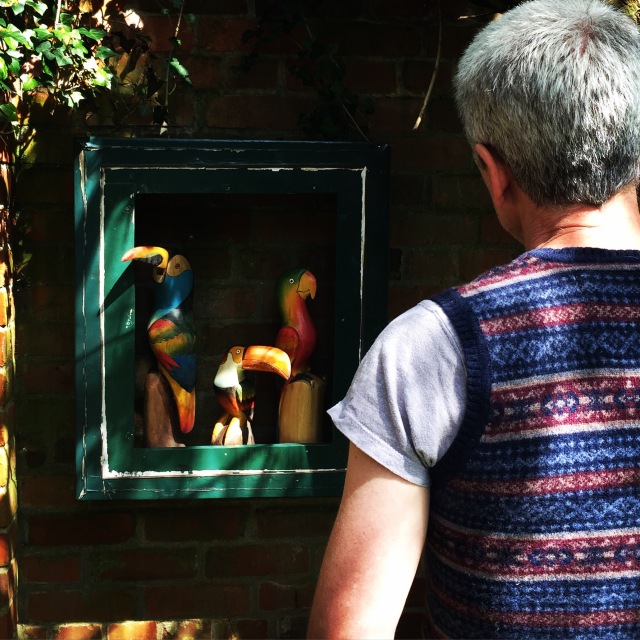 i went out to a one off play in soho last week..a lady friend of mine who’s a barmaid there corralled all her friends into a studio space where we watched a story unfold about a young man coming undone in the grittiness of north london .. it was written by a man who does all the plumbing and odd jobs around soho…lovely man…everybody loves him…he sorts out the water for prostitutes…writers… he’s even unblocked norman tebbits pipes … one day he just decided to lock himself into a room for a month, and didn’t come out until he’d completed his play for the stage…he just knuckled down and puked it up…y’know for all the procrastinating that goes on,that’s what writing is in the end…you just go into a corner,get the fingers down the back of your throat, and you puke it up….. a glamorous life.

me and thomas will be into our twenty eighth year next week. last week we were driving round south kensington where he told me to jump out at the conran shop while he parked the car…so i’m drifting around the furniture, when about fifty yards away i could see thomas ambling in through the door … my first impulse was to try and catch his eye, but then i held back and just decided to watch him like a stalker. it was nice … he looks so great to me… he’s fond of wearing a hat these days, and he’s grown a bushy beard..many hinted that it made him look old or scruffy or the usual stuff, but he wants it, so he’s for wearing it, and that i like..he is his own man.

folk are often surprised when they realise we’ve been together for so long … so am i … how on earth did love rain down so kindly on a trainwreck like me !@£$%^&*

i’ve taken to placing a jar of fresh flowers in thomas’s bathroom .. i like that he sees them early morning when he’s in the shower or brushing his teeth.. i’ve also jazzed it up with colourful swag commissioned by the mondrian trust. what a frigging homeboy?!

dear reader… i’ll leave now with a film recommendation .. called ‘lambert and stamp’. it’s about the chaotic management behind ‘the who’… if you love your rock and roll, you’ll surely love this … it hits the cinemas this wednesday… harry krishna …mary fairy liquid.

This entry was posted in Uncategorized and tagged gardening, home, interiors, martha stewart living, the gays, the only gays in the village. Bookmark the permalink.