making music videos with an iPhone

Posted on February 20, 2015 by marycigarettes 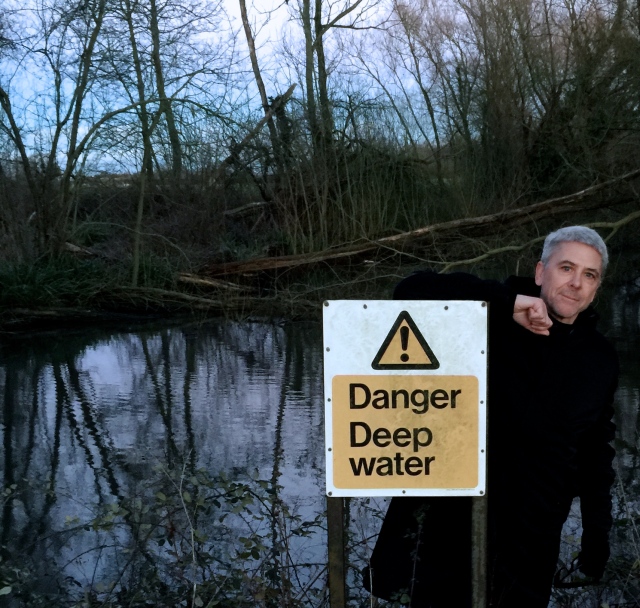 i’ve just shot a music video on my bloody iPhone, so i figured i might try and write something around all of that….. so here goes, dollies.

in olden days when i was young enough to get signed to record labels, they’d occasionally commission promotional videos for singles or albums…these three minute clips would hover around a cost of forty thousand pounds..in 1985 … it was madness on many levels.

the first mad thing is my only calling card was as a singer/songwriter…stick a camera in front of that,and it’s like rabbits frozen in the headlights…quite funny really…. it amazes me how no one at those record labels ever came up with the bright idea of arming their artists with cheap portable video cameras beforehand, so they could just shoot and shoot and shoot themselves for a season .. that way so many of us might have been better prepared for those sudden afternoons of expensive video production…twenty years later when i got my first little video-cam, it was such a revelation.. only then did i begin to get a sense of my own essence, and how to put it over…….but by that time i was an old banger, so it was all a bit late…..hahaha

another mad issue was how money could spiral out of control….if you had a hit, record labels would be instantly keen to spend even more money on video, but it’s the artist who had to pay all that back if any dosh ever rolled in..so say if you made three videos for three hit singles off one album,there’s a fair chance the video costs would be somewhere around one hundred and twenty thousand pounds…this happened all the time. the cost of videos could easily exceed the cost of recording actual music.

a truly perverse joke was how a load of lolly could be spent making a video that no one could be sure would even get broadcast… i remember even when michael jackson delivered billie jean to MTV, they refused to play it…that classic performance only got initial play because a man called walter yetnikof from the record label raged into the MTV offices and told them if they didn’t play that michael jackson video,he’d pull the bruce springsteen ones off the air. a very ballsy man… prior to that, MTV wouldn’t play black videos…it was all white stuff, but that scenario opened the door for prince’s ‘little red corvette’…so at least the video era brought about some fair play for black artists.

if you were in a band, it was easier making video..you’d somehow be visually supported by each other..you’d have gang charisma … but when i gave up playing in bands to go solo, i had no idea what making videos were about to tell me about myself..like..hello fucker…you have absolutely no style. i’d stand there alone..exposed…..just me and the fake scenery, waving my sodding arms around like a total minge. hahaha.. i laugh about it now, but i didn’t at the time.

that’s when you learn why david bowie’s a star.he knows how to engage with a camera lens … style gives a player wheels and wings to enjoy the ride through those situations … bowie, and many other last names may have had their own rocky road towards self discovery, but if you don’t find your own essential style before twenty four years of age, yer buggered…     i say twenty four,cause that’s the age james dean died… a perfect rock n roll deadline ….hahahahahahahaha…actually i’m suddenly thinking of a newly born 45 year old star called john grant, so he blows my daft theory right out of the water..maybe.

talking of style,i can’t round this off without mentioning the stylists. when you’d make those puffed out videos in the eighties,they’d often send a so called future star off down the kings road or south molten street with a stylist,who was usually just some uppish airhead….some london scenester on the hustle … you’d be given daft amounts of money to buy designer clothes that just didn’t become you…but hey…it’s expensive, so it must look ace..but when the chips came down on screen, you looked lost…you have to find yourself first,and then the clothes somehow just take care of themselves…..the ramones are a perfect example.

i suppose style is born out of whatever you’ve got passion for..it’s reflected in the way you talk..the shape of your day..and sooner or later in the clothes you wear. the trouble with dolls who hanker to
be rock stars, is they often have no other interests…guitars players talk about guitars and amplifiers…drummers talk about drums…singers talk to the mirror….that’s why iggy pop and lou reed stood out….they’d read a load of books..they had other interests to give them some building bricks for a personality…i just read john lydon’s autobiography…at sixteen he was working on building sites to pay for himself to continue in education which had always been rotten to him anyway.malcolm mclaren did not create him.he created himself.

so here am i at 55 making videos for my dear little songs…how pointlessly hilarious is this? many would say there’s no point at all.  no one cares a flying fuck at a rolling doughnut if i do or i don’t.. but i’m as happy as a pig in shit anyway. i still love all the palaver of carving out a lyric around a melody … such a luxury just as it stands. hit records or no hit records,at least i’m invested in my interests.

i still take this far too seriously,but now it’s all about the joy.if in 1975 anyone said we’d all be shooting little movies on gadgets the size of our palms, i would have laddered my tights.

anyway dolls..here’s my latest video offering.visually it’s a love letter to francis bacon, as it gradually morphs into something of his mindbendy portrait triptychs that are peppered throughout this post………………….all my loving…mary of the wilderness.

7 Responses to making music videos with an iPhone