Posted on December 1, 2014 by marycigarettes

it beats me why there’s not a stronger affinity between the blacks and the gays…both have undergone comparable injustice…..if you’re sensitive,it can do real damage to your sense of self worth, and while there’s a fatal disease that finds inroads through the easy door of desire,you need all the self worth in the world in order to duck and dive it.

the gays and blacks often played the same assimilationist trick on themselves.many blacks straightened their hair,while many a gay wanted to be perceived as just like them…think of whitney housten and michael jackson all whitened up for the 1980’s,and then think of george michael having staged photos with a topless girl on a beach,or elton married to renata for one minute 25 seconds.those must have been strange times for the gay and famous..i feel for them,and totally sympathise with how they ended up acting out that whole thing….but then i think of jimi somerville who had the courage of his own convictions right from the start…absolutely no shame whatsoever…he seems so grounded and happy to me … and i look at prince now,who’s thrown that bottle of chemical hair straightener away,in favour of a big furry afro…it just looks and feels right.

y’know so many times when i come in contact with straight friends,they’ll still make some snide jibe that does nothing for my self esteem…only yesterday i spoke to a chap i’ve known since childhood,who said he saw me on the internet with dick emery glasses on.… DICK EMERY?!…in the desert a couple of months ago i was talking to a retired cop from the north of england,who in the full knowledge of my sexuality,blithly told me how it was often his job to hang around public toilets in england to entrap gaylords in the 1970’s…he told me about the time he entrapped a big cheese from the oil industry who cried begging to not be reported..and all the while i’m listening to this,and i’m supposed to take this story like a good sport since hey,times are different now…dear reader i was livid…the next day he and his wife saw me out taking photographs of the bikers on their harleys.. he slithered up to me saying”ooh i can see you taking pictures of the boys”…THE BOYS?!…these are grizzly MEN… i just told him to fuck off…

recently thomas had old friends of his from farming days staying over in the house…we’d cleaned a spare room for them..lovely fresh bedsheets…thomas is in the kitchen making them a nice supper…it’s the very picture of domestic bliss,and this chap tells us that he feels in his soul that marriage shouldn’t be allowed for the gays…dear reader…he is saying this in our very home,where he’s having his dinner cooked by my sweetheart,and the irony and arrogance was totally lost on him…he thought he was being a completely reasonable sociable person..what really hurts is these are good people..they’re not cunts…if they were simply cunts,i could just put it down to people who are cunts…but they’re not cunts…so it hurts. i could give you a million examples of this sort of bollox,that date right back to my days as a young fey teenager,but i’m running out of your time.

thankfully me and thomas are content with our civil partnership ,cause that protects us legally…we have a lot of fun living like complete g-lords and don’t crave the empty promise of assimilation,so marriage isn’t important to us,even if it is for others,and that is surely their right.

what is important though is the shame…and if i had one thing to say to any young gaylord at the front of his or her life on world aids day, it is never let them shame you…just like the blacks,being a pansy has proven to be full of rich potential…from leonardo da vinci to david geffen… so guard the self worth that guards your health..don’t let shame take you down the road of self destruction.that’s why folk loose themselves in extreme drugs .they need to transcend the unhappy skin they’re in … any addict straight or gay will tell you.

here’s me in my dick emery glasses…  dear reader…aren’t they good?!..and what about that video at the top of the page..i love the shy dignity of those two fellas. 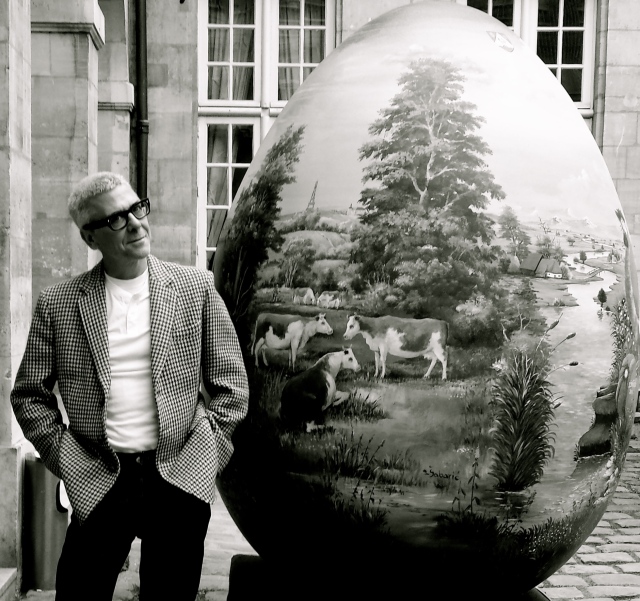