late at night with lou reed

Posted on January 9, 2014 by marycigarettes 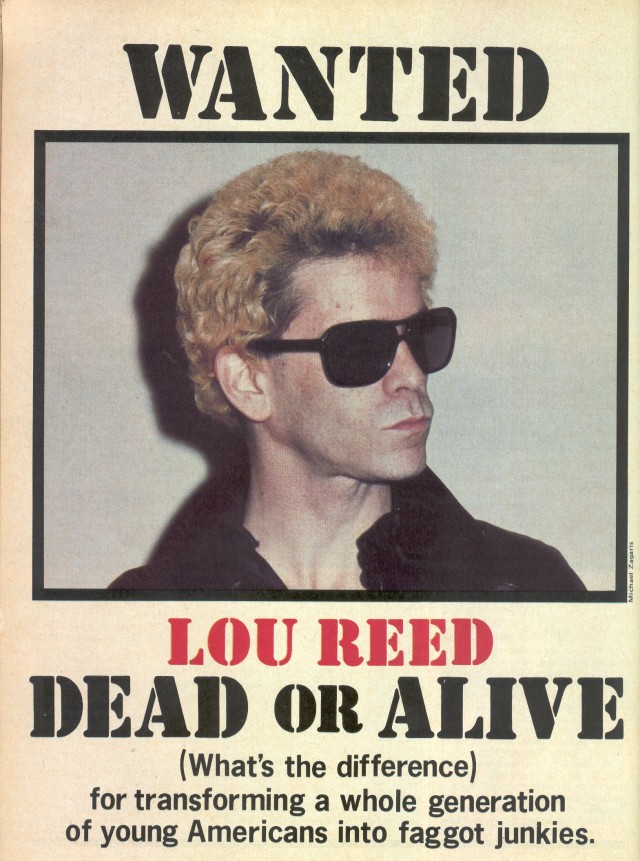 “Caroline says, as she gets up off the floor”…

i love that about him…
right there in one opening line he can set the tone in the most elegant way.
in the least amount of words,he gives enough information for you to realise there’s drama ahead,and you want to know more.

we never bother with christmas in our house,but we’re all the happier for it.
the pressure’s off for both of us,and we just get into things.
for me it was soaking up a load of lou reed records…
late at night when thomas went to bed,i’d wash the dishes,get our dog billy fields settled,turn the lights down low, fire up the turntable and listen to him over and over.

i thought a lot about him..for me his passing defined 2013.

when rock stars die it’s a drag n’all the rest of it,
but there’s something about the darkness around lou reed,that makes his passing over to the other side kind of magical.
he translates well into not being around anymore..it suits him like no other artist.
roy orbison has that too,even if he might be a very different man.
it’s almost like they wore those dark shades for a lifetime in preparation for this.
another curious thing is their passing re-awakens my fascination for recording technology.
it’s such a powerful medium.
i slip the round black vinyl record under the needle,and suddenly this dead person comes to life.

so i thought a lot about lou reed.
looking at all the photographs of him on the internet,it makes me smile to see how he just pops out of every shot.
it’s beyond anything to do with good looks..it’s more about character.
in his youth you see that bright spark scrappy element.the source of so much bad reputation,
and wouldn’t you know it,when you dig deeper,you get a feeling of a true sweetheart..
it’s just that what was really there all along is someone who didn’t like to be disingenuous.
people who refuse to be disingenuous inevitably cause affront in so many areas of life.
the best place to find the sweet side of lou reed is in pictures with his super smart partner laurie anderson…
he just melts in her presence.

a true story of how extreme lou could be is one time he needed the sound of very young children crying,
so he had these youngsters brought into the studio…
microphones were set up and they were told when to cry.
the trouble was it wasn’t very convincing,
so through the talk back microphone by the mixing desk he told the kids that their mummies and daddies had all been killed,and then he hit the record button.
needless to say he got the perfect reaction….
but it was cruel…it made the producer along with the assistants sick to the stomach..
and quite rightly too, as they witnessed these poor kids loudly grieving.
lou never lived that down…
but what was that?…a cruel heartless person?,or a dedicated artist who would do anything for his music.
it’s all very uncomfortable and unsettling,
but then you realise,that ultimately,for all the glittery shrillers up there in the milky way,there are only the smallest cluster of dark stars,and some of them are no picnic.

i’ve chosen these following photos to show how time was well spent on the man.
you can see it in his face..his own evolution.
they very plausibly say that the emotional development of many pop stars slows down on the day they become famous,
but that didn’t happen to him.
you can see it in his face….he developed on a personal level over the years,where many would recede.
that photo at the top of the page..the caption..he maybe loved that,he might have even written it himself for the wind-up..
but it’s not accurate,
for at least he used drugs for creative ends,and then proved to himself, and the likes of me that you can go on to do good work without them.
people who use hard drugs merely to party are bores…
none of them are the spirit children of samuel taylor coleridge or allen ginsberg.

i love this one of lou and laurie.his’don’t fuck with me eyes’save it from ever being soppy.she could be in heaven or  heartbroken in his arms,either way she definitely wants to be there.this is no public display of affection.if anything it’s the reverse and wishes to push the public back a little,so they can save a little piece of themselves for themselves.what a formidable couple.what a photo.tough and tender in equal measure.age visits us all,but folk like him set a benchmark on how to get there in a good way.too many throw the baby out with the bathwater in mid-flight,and even if lou carried himself differently in later years,that wilful look in his eyes remained till the end.he never rolled over to be buried alive at 50.

10 Responses to late at night with lou reed