Posted on October 9, 2013 by marycigarettes 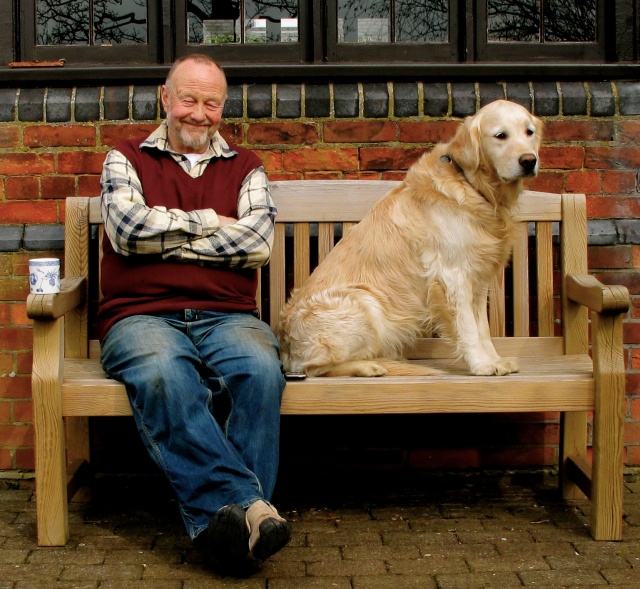 this is my boyfriend…of 25 years
i very much like this picture…mainly because of his smile.
as a younger man i found it filthy,but now it’s the underpinning sincerity and warmth that sends me.
another thing i love about this picture is his durty jeans.
there’s nothing this man loves more than rolling his sleeves up,and getting mucky in the garden.
the golden billy fields is pretty much always within the frame..
…….that politician cow,anne widdecombe was ignorant to say that homos can’t do long term relationships..
i know loads who can, and do.
apparently anne widdecombe in her 60’s is still a virgin…so she’s definitely qualified to talk about sexuality and relationships.
i first met my boyfriend in a gay leather bar when i was 29,and he was 39.
within five minutes of talking i was on the back of his motorbike heading out to hertfordshire.
i’d fallen into an affair with a lovely woman,but could no longer pretend to be what i wasn’t,and was so horny i thought i might explode.
when we arrived at his house,we ripped our crash helmets off and went straight upstairs, got down to bizzness,then afterwards went back downstairs where he met my constant craving for a nice big mug of tea.
i knew he liked me,cause he brought out the special biscuits..you know the ones..in a nice cardboard tube..the ones in silver foil and covered in chocolate.
i observed he had lesser biscuits too,but he laid the good ones on me.
i went back to ireland,and for ten years we conducted our relationship with one another on either side of the irish sea.
my love for him took a quantum leap the time he turned up one winter saturday morning unannounced, at the back door of my gritty little farmhouse.
he peered through the window, armed with a good bottle of champagne….and THAT smile…rosey red cheeks.
on paper i’m the last person who should be able to hold down a relationship.
i’m in a near constant state of anxiety…scared …paranoid..insecure…high maintenance…rude, if the ground gets rude…
one day recently in a moment of no self worth, i asked him…what on earth do you get from a wally like me?
he just said i bring colour into his life…but his life has plenty colour regardless of me.
his days are spent happily on farms,so his life is many mossy shades of green.
he lets me choose his jeans,and i always direct him towards the thick old school selvedge denim,with a wider leg…almost hip hop..
he just looks cute as buttons in them.
he’s not keen on shopping ,so today i asked him if i could source his clothes for him…he said yes.
he likes wearing those ‘vans’ things on his feet…which makes me smile. 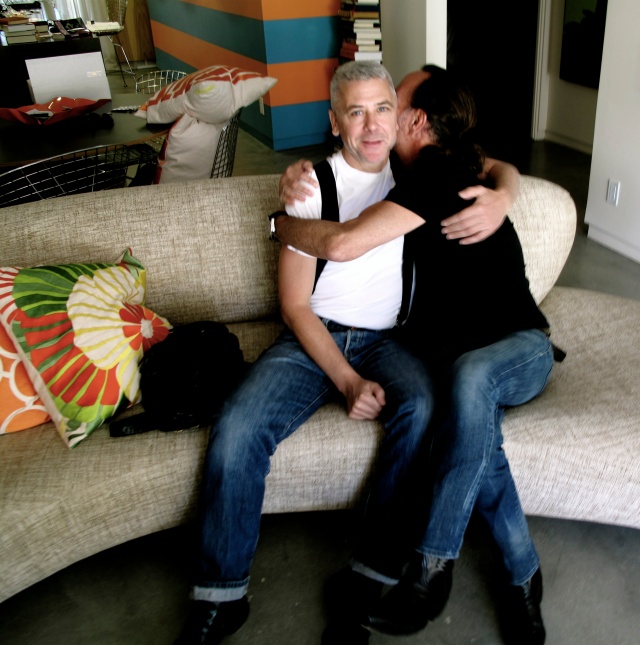 i also have the smallest cluster of close friends.
a few musician types in ireland, scotland … england,
and this terrific california man in the hangovery photo above.
i’ve know him 25 years also.
he played guitar on my second album,and we’ve shared our rough and tumble of life ever since.
more than ever i love having a friend who is wayyyyyy smarter and capable than myself.
it raises the bar for my own behaviour…
this man has seen my scrappy annoying side,and he never looses his cool.
he gently slides the wisedom over to my side of the table with hilarious ease,
where it will be up to me to be wise enough to know what a fool i’m being.
musically he can do anything…
as a young man he played guitar for the drifters…badfinger..he’s from a new york  italian family,who came out to hollywood when he was a teenager.
he then became a session guitarist,songwriter and recording artist…played on lou reed tracks.. barbara streisand….tori amos….all sorts.
on saturday i laughed watching him serenade his lady,by singing perfect harmony to the recorded music that happened to be playing while we hung out on the balcony.
he’s born with perfect pitch , and sometimes for laughs, he hijacks the karioke ,and does  flawless frank sinatra to the gobsmacked drinkers in the bar.
great great fun. ..thinner than a matchstick,and like me,fairly indifferent to food.
here he is playing guitar on one of my songs.
when it came to the lead guitar solo,i asked him to just play one long note that would feedback forever..
and you can hear what he did..the record company hated it…said it was lightweight and arty…but they were exactly half wrong.
here’s other of him with his girlfriend…
we’ve all just spent the weekend together,and just talked and talked and talked.
these lovebirds are the most glorious rock and roll couple..some day they hope to retire from hollywood,to live in mexico.
this fine lady started work as a young recording engineer on the runaways records,and now she does sound for big telly drama, like ‘sons of anarchy’.
they’re both techy as hell,and always working..so time must not be wasted. 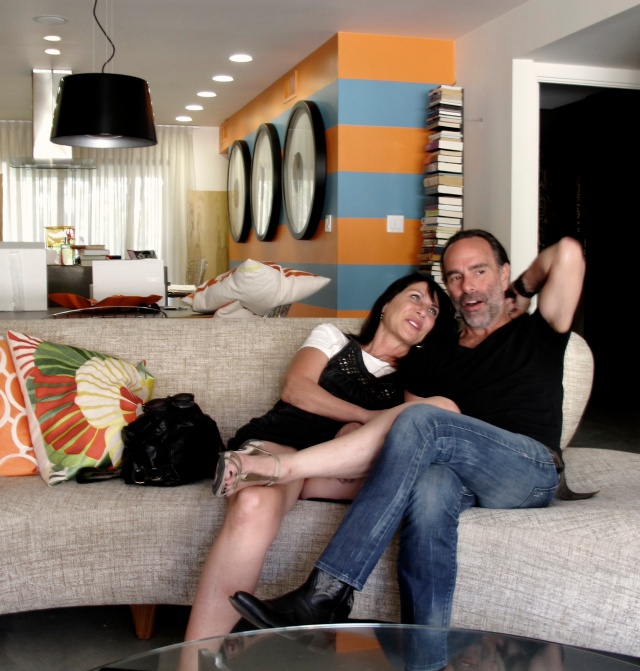 dear reader…this is my actual wholesome side…
no one could be blamed for thinking i’m a terrible tramp,for it’s true… i surely am…
but i’m also lucky to have some very wholesome ground beneath my feet..
born out of love, music,and the smallest cluster of real friends.
mary of the singing ringing tree.

This entry was posted in Uncategorized and tagged anne widdecombe, love, old friends. Bookmark the permalink.

25 Responses to my boyfriend